Google has recently announced the introduction of Confidential VMs as first, beta product in the Confidential Computing ecosystem.

The new concept of Google’s Confidential VMs builds on top of the existing shielded VMs technology and adds a layer of security to the Google Cloud infrastructure. Confidential VMs is a parallel effort to Google’s Asylo project for portable trusted execution environments.

At CanaryBit we already see these new technologies opening new avenues in the cloud business and Google has already some contenders in this race.

Both Enarx and Raksh have been making some remarkable progress lately. According to a project maturity update the Enarx team has produced demos for both AMD and Intel as well as a working binary application capable of running on top of both SEV and SGX. To get an initial grip in this new technology, this article will dive deeper into the details of Google’s implementation of confidential VMs.

Following the GCP documentation, creating a confidential VM in GCP is trivial – simply a matter of ticking the "Confidential VM" checkbox.

At this point, Confidential VMs come with a series of limitations as expected from a Beta version: 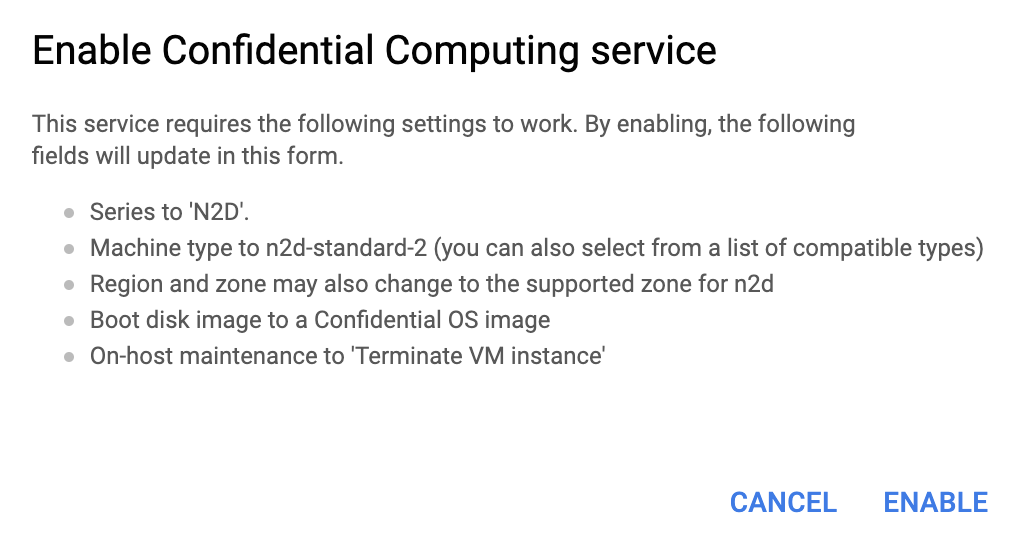 Once the image is created, the next step is of course to launch an instance and see what is different about it in terms of security. The GCP docs describe how cloud monitoring can be used to validate the confidential VMs. The log entry of interest is sevLaunchAttestationReportEvent.

By default launchUpdateEntries contain two entries recording the guestMemoryRegion entry is consistently reproducing the same digest in the three scenarios we ran:

Finally, a search for "AMD" among the diagnostic messages logged by the VM instances reveals that the VM is running on an AMD CPU 7B12 with Secure Encrypted Virtualisation (SEV) active:

We still have some open questions we would like to answer, but overall we found the Confidential VM implementation in GCP very straightforward.

For certain threat models, the current GCP implementation of confidential VMs running on ADM SEV is a major step in improving cloud security. However, some crucial details are still missing and will hopefully be added in the future. A minimal wish list includes (1) improved validation, allowing the guest owner to directly validate the VM instance as described in the AMD SEV API Spec and (2) a clarification of how the ‘Final Digest’ is calculated, that would allow to pre-calculate it for a given VM image before instantiation.

In part two of this series, we will review the AMDs SEV specification and compare it with the GCP Confidential VM implementation. 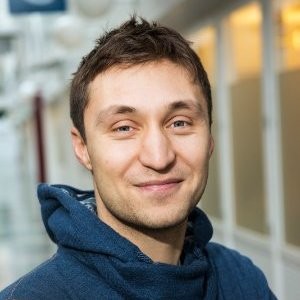